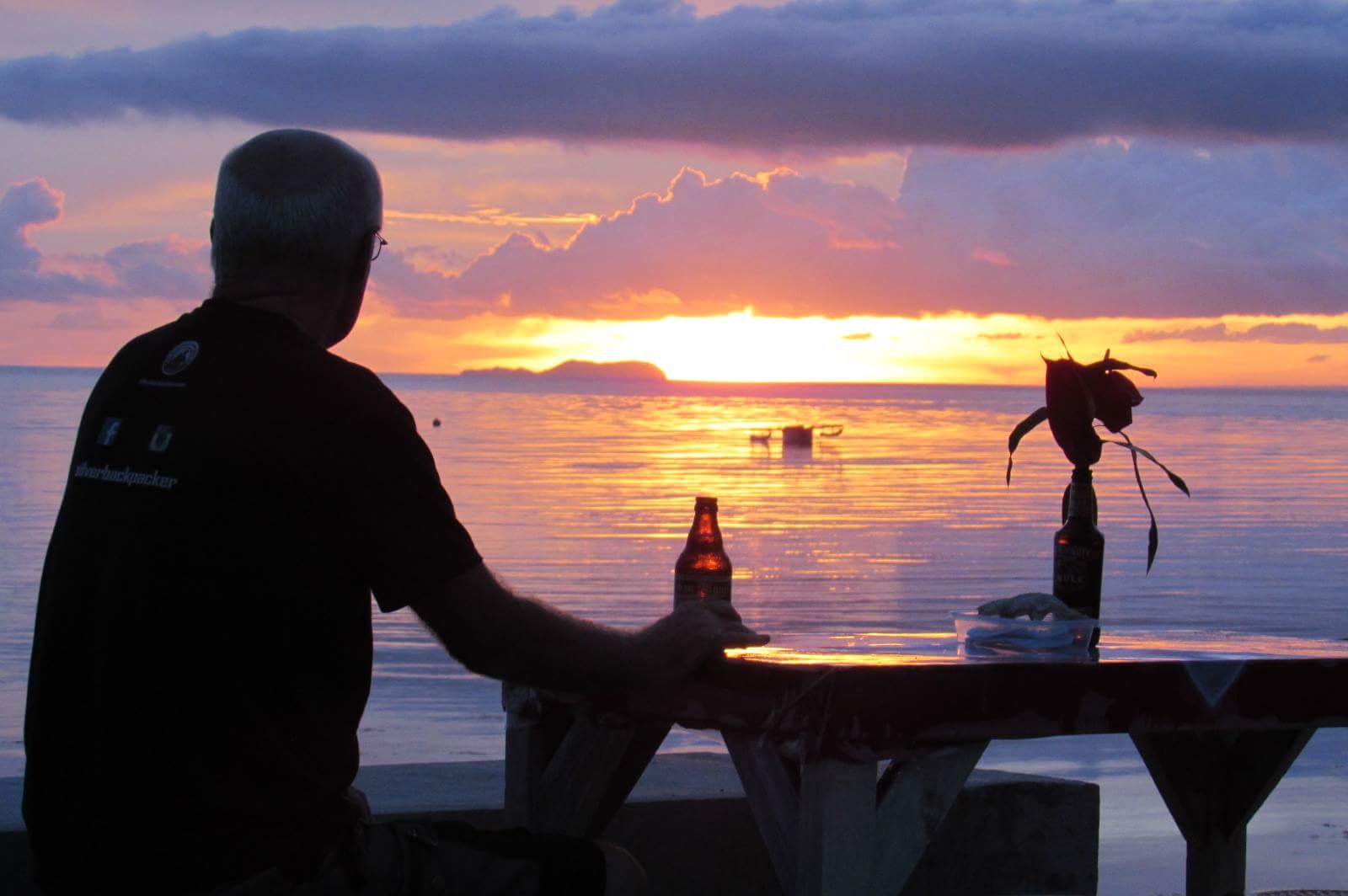 “YOLO! You Only Live Once!” That’s the advice from veteran 63 year old backpacker and blogger Dave Gatenby, The Silver Backpacker, a man who has been travelling the world his entire life and has no intention of stopping. Travel Continuously caught up with Dave to find out why he has dedicated his life to travel, and to ask why he can’t stay away from the Philippines.

Dave Gatenby is The Silverbackpacker. He’s one of the oldest bloggers in the otherwise young Digital Nomad World, and he’s one of the most experienced travellers out there.

Dave’s been travelling his whole life, and in 2008 he began blogging about his travels when he set up his website The Silverbackpacker, showing people from all demographics that you’re never too old to find adventure. Dave currently spends most of his time in the Philippines, a country he’s fallen in love with, while he attempts to complete his challenge of visiting every single province in the island nation. 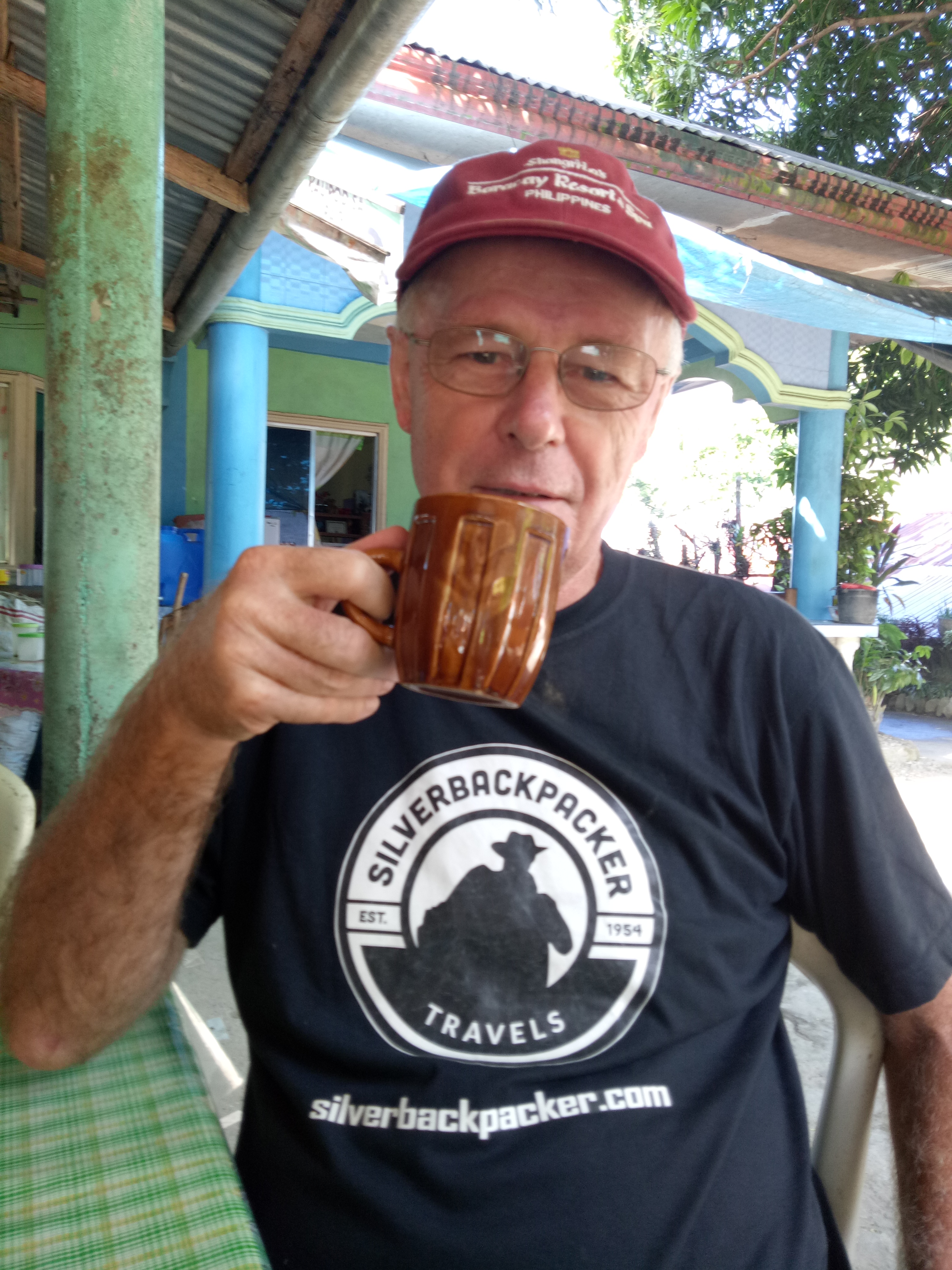 The Silverbackpacker:  A Life Of Continuous Travel

For Dave, his travels started young, and at a time before travel was even a lifestyle, let alone as easy as it is today:

“I have been kind of travelling all my life from 1 years old when my parents took me out to Australia and back again to England 5 years later. I had seen half the world before I was 6 years old. Travel was by sea in those days. No flying.

“Then I was shipped off to a private boarding school in Birmingham in the United Kingdom from 7 till 11 years old, travelling by myself on the train from Northampton- these days they would call that Solo Travel haha!

“At age 15 was my first taste of Spain when I found a package holiday to Majorca for £12 for 5 days including everything. I skived off school for the week to go!”

Europe, Turkey, Iran, Afghanistan Pakistan And India In the 1970’s

Dave’s first extended trip was on the new Interrail scheme in 1972. He was one of the first backpackers to take on what is now a right of passage for many European backpackers. Dave then ventured futher afield, travelling overland to Pakistan and India through many countries that are now, definitley not easy to traverse.

“In 1972 the Inter Rail card was launched. I paid about £27 for a month of train travel around Europe, sleeping on night trains and wandering around during the day.

“I took frequent trips to Europe whilst at University for the next couple of years using the Inter Rail card. I bought a Thomas Cook European train timetable book which listed every train in Europe and planned the next trip with that.

“Then in 1977 I worked in Holland during the summer, there were lots of hippies hanging around Amsterdam with tales of the East. So from there I decided to head east too and travel to India overland. Hitch-hiking, trains and buses through Europe, Turkey, Iran, Afghanistan, Pakistan until finally arriving in India. Believe it or not, the only visa I needed was for Afghanistan. I travelled around India for a year on my summer savings after that”.

Since those early trips Dave travelled when he could, racking up 60 countries to date. Married life didn’t get in the way either, and in fact, travel and family became very much intertwined.

“It was on one of my trips that I met my wife and we travelled together through central America before returning to the Middle East to live. Married life did not stop us from travelling though, we used to take the kids out with us”.

Earning A Living On The Road

Dave had to combine travel and life, for him the options weren’t as easy or as numerous as they are to a traveller today looking to sustain a life on the road. Now though, Dave is taking full advantage of the resources available to Digital Nomads out there to monetize his website, as well as running passive income businesses from back home.

“I have a small network marketing business in the UK which keeps me solvent. I also build websites now and again when a client turns up. I have plans to launch a travel product soon too”.

His website was originally just a place to record his travels, but since he first built The Silverbackpacker, it has coninued to grow:

“I started blogging in 2008 after I discovered WordPress. It was then that I decided to record my travel experiences and life on the road. The blog has evolved over the years. I have so many plans for it but not enough time.

“With my website I want to encourage anyone to travel, especially those in my age group, to leave their comfort zone behind and experience new things. I want to show that age is just a number.

“I have monetised with Agoda and adsense which returns a small amount each month from bookings and clicks on the website”.

For Dave, “Nobody is ever too old to travel or too young”, and the opportunities are there now to make travel a lifestyle:

“Work out what you prefer and what is best for you. Use your life skills to help you earn a living on the road. Anything is possible these days. It’s up to you”.

Travelling To Every Province In The Philippines

While Dave has seen much of the world, the one place he really can’t stay away from is the Philippines. It’s where he spends most of his time right now, really travelling into as much depth as he can in this varied and vast island nation- even though he doesn’t particularly enjoy the food…

“I first came to the Philippines in 2001 for a short stay and it took another 9 years before I returned. The Filipinos are very friendly, with English widely spoken, and much of the country is still not on the tourist trail which I like. There is so much to discover here”.

“There are 81 provinces in the country and I have visited 56 of them already. I intend to complete the 81 hopefully this year. I do not fly and only travel by bus and boat around the country, sleeping out on beaches, in forests, in bus stations, in ports.

“Recently I bought a motorbike and have plans to ride the 3000 kilometre Pan Philippine Highway from Laoag to Zamboanga soon.

“The Philippines is friendly, people are welcoming, the food is not that great, but you get used to it the longer you stay!”

What advice does The Silver Backpacker have for anyone looking to travel?

“YOLO – You Only Live Once and you don’t know when it’s going to end!

“Full time travel is not easy but you will make friends, you will discover places that make you want to stay longer and you will be a changed person. Travel slowly, don’t try to do too much. Immerse yourself into the local culture and do not compare where you are with where you originate from. Accept the differences. That’s what makes travel so interesting”.

Interview And Article By Richard Collett

Thanks to Dave Gatenby The Silver Backpacker for his story!