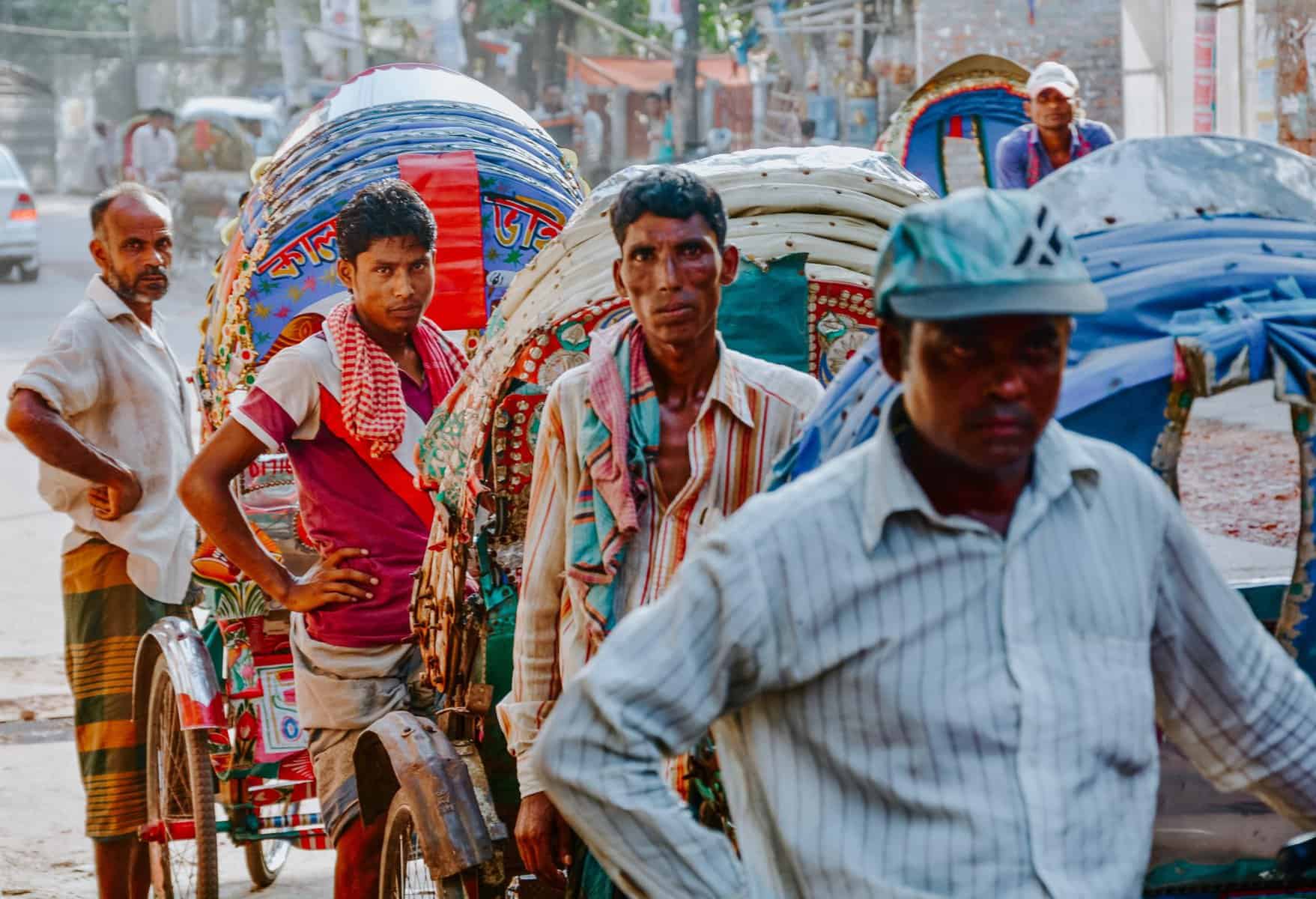 I flew into Dhaka, the capital city of Bangladesh, with out any expectations. I wanted to see what the city, the people and the local food was like from the perspective of a bacpacker doing it on an extreme budget.

Here are my first impressions of Bangladesh.

Before this article begins, I just want to say that this was based on only 3 days in Dhaka and I’m sure there is a lot more to Bangladesh than I saw, however I can only base this on what I experienced in those 3 days!

I was flying back from Bali, Indonesia to Bucharest, Romania in 2017 and rather oddly, I had the choice between Dhaka and Tehran to have a stopover in. I looked at the possibiltiy of flying to Tehran but Dhaka seemed more interesting to me, since I had already spent months traveling through India and Nepal but had not visited Bangladesh yet.

I decided to extend my stopover and the original plan was to spend 10 days exploring the country as a backpacker. The initial places that stood out on my research were Dhaka, Cox’s Bazaar and St. Martin’s Island. I only made it to Dhaka… I’ll explain why later.

The first thing that I noticed after arriving into Dhaka airport was the amount of people waiting in arrivals. There was a metal gate between the airport arrival section and the taxis outside and without that, it would have been carnage. Dhaka is now a city of over 20 million people.

Fortunately I had arranged for my hostel owner to pick me up and he was waiting there for me with a sign. Exhausted after the flight, I jumped in the back of his car and we drove to the ‘hostel’. It cost about $8 a night and it turned out that I was the only person staying there, in a spare room in an apartment. There was no AC and it was around 35 degrees celsius. I knew that this was going to be slightly more challenging travel than I had been recently used to.

I decided to spend as much time as possible outside of the room so I could see more of the city. I went walking from the ‘hostel’ and found a local place selling some lamb biryani and samosas. This was the first thing I fell in love with in Bangladesh – the food.

Everything else that had been difficult up until now, all of my negative feelings just fell away on the first bite of the samosa. Is this a common feeling when you get to a new place? maybe I was just hangry (hungry + angry). Anyway I knew from this point onwards that me and Bangladesh were going to get along just fine.

After finishing my first meal in Dhaka, I hailed a tuktuk / rickshaw and asked him to take me to the Pink Palace – which just so happened to be on the other side of the city. Introducing the Dhaka traffic.

Even with the driver performing some questionable maneuvers – which were highly encourage by me – it took about two hours to get across the city. I wasn’t complaining much as it was a good way to see some more of the areas of the city I might not see otherwise, I would just tell people to expect traffic when they come here.

We made it to the Pink Palace and from here onwards I decided to walk around the city as much as I could. I found out later that this wasn’t going to be as easy as I expected, and you can see exactly what that means in the Dhaka First Impressions video.

The best part about the Pink Palace and walking around Dhaka, was that I got to interact with a lot of local people – who turned out to be some of the friendliest and most welcoming people I’ve ever met. Everywhere I went I was invited to join the group, asked questions and involved in a lot of selfies.

After visiting the Pink Palace, I walked towards the river without any real aim in mind. All I wanted to do was explore the area on foot and be immersed in the experience, without planning ahead. I found myself on a small dock where you were able to pay for a local fishing boat to take you across the river. There was a bridge nearby, but this just seemed cooler.

I can’t remember exactly how much it was to cross, but it was cheap and I felt sure that I wasn’t being ripped off. It seemed as if people were just happy to see a foreigner using their local public transport.

The journey across the river was probably the best thing I did while in Dhaka and it will always stick in my memory. I’m not even exactly sure why – it was just such an unexpected local experience that I immensely enjoyed. Once reaching the other side, I was greeted by another group of local people that were watching cricket and invited me to join them. I did.

I spent the next few hours aimlessly walking around the city, visiting a coffee shop called ‘starbox’ (rip-off of Starbucks) before heading back to my private hostel room. This was where the problems began.

I slept the night in the room without AC and a fan that didn’t work properly, sweating through 30-40 degree heat and getting bitten by mosquitoes. Inevitably, I got ill.

I’m still not sure exactly what it was. Perhaps the heat, the food, or maybe even the mosquitoes but it was enough to leave me relaying between the bed and the toilet for the next 24 hours. Suddenly the streets of Dhaka seemed less inviting and the idea of a nice bed with AC was much more promising.

In my delirious state I investigated the possibility of changing my flight to the next day, something I had never done before. It came up as only $20 to change the flight. I bit the bullet and did it. It was time to leave Bangladesh.

Unfortunately this meant that I only spent roughly 48 hours in the capital of Dhaka, when I had planned to spent almost 10 days seeing the whole country. Hindsight is a wonderful thing, and in a way I wish that I had stayed longer to see more of the country. It was just the way things happened though and all it means is that I’ll have to come back to Bangladesh in the future!

Although my time in Dhaka was brief, I got the impression that the people are incredibly warm and welcoming of foreign tourists. Often, it is the capital that is the least friendly part of the country, so if that was my impression of Dhaka then I am looking forward to experiencing the rest of the country. The food was incredible and overall I’m happy that I got to see even a little bit of Bangladesh.

It feels a bit like this trip is incomplete, so I’ll leave it by saying that these are only my initial first impressions.

Bangladesh – I’ll be back.