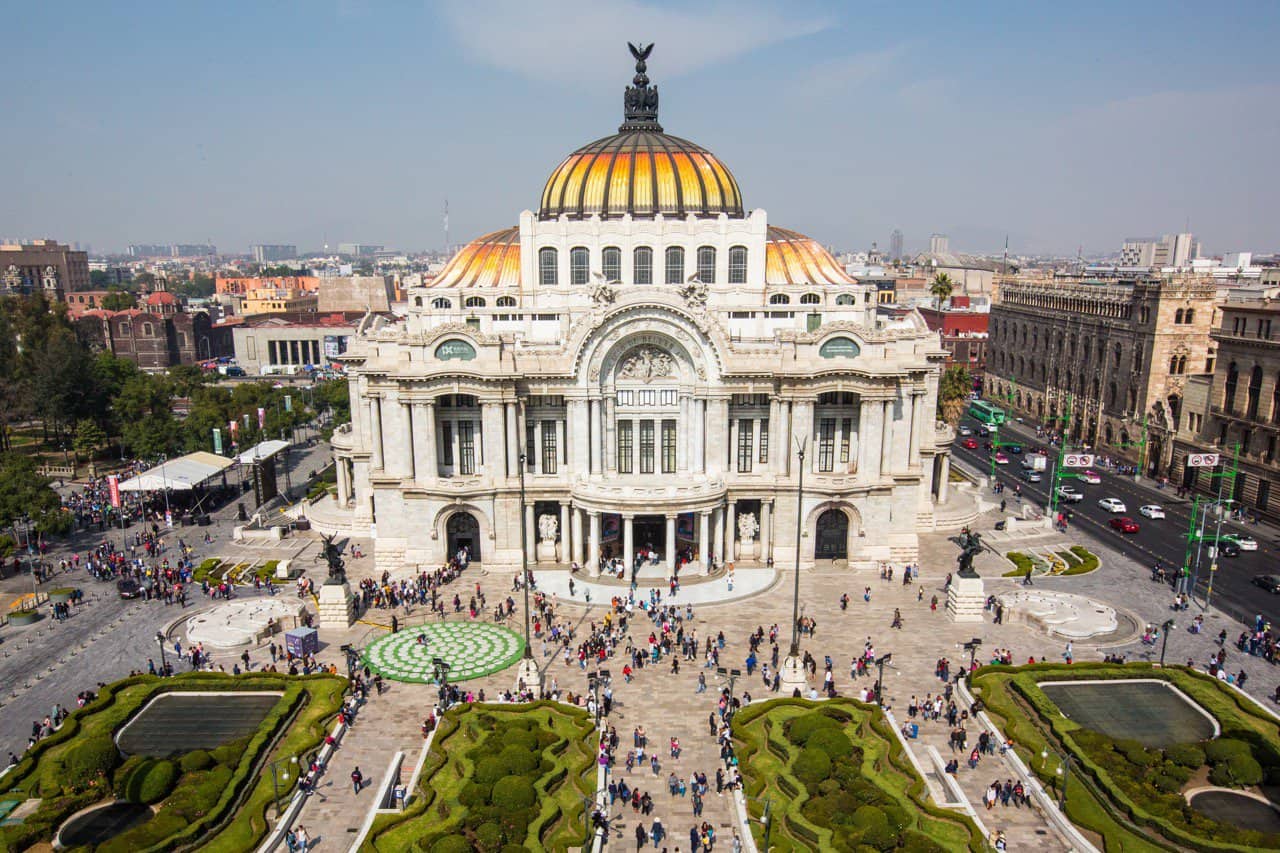 Mexico City is fast becoming one of the best places in the world to live.

With its rich culture, vibrant nightlife, and opportunities for exploration, it’s no wonder that Mexico City is one of the most popular cities to live in Mexico.

But what really sets Mexico City apart from other cities in the country?

This is our FAQ guide to show you why Mexico City is a great place to call home.

Mexico City CDMX FAQ Guide – What To Do, Why Move Here, How Expensive Is It, And more.

What is There To Do in Mexico City?

There’s always something to do in Mexico City.

Whether you’re into exploring ancient ruins, checking out world-class museums, or dancing the night away, Mexico City has you covered.

A must-visit for any history buff is Templo Mayor, the ancient Aztec temple that served as the center of their capital city and was eventually built upon by the Spanish during their colonization.

Stroll through the stunning ruins as well as an accompanying museum filled with archaeological treasures.

For incredible views of the city, climb to the top of El Angel de Independencia monument or take a cable car ride over to Chapel of Our Lady of Guadalupe.

And be sure to spend some time wandering through colorful neighborhood markets like La Merced or navigate your way through Central de Abasto, one of the largest markets in Latin America.

Mexico City offers something for everyone – come see for yourself. There’s never a dull moment in this city!

Mexico City is a food lover’s paradise, with an endless array of options to satisfy any palate.

From street vendors selling traditional tacos and tamales to upscale restaurants serving modern Mexican cuisine, there’s something for every budget and taste in this bustling metropolis.

One can’t-miss dish is tortas ahogadas, a sandwich from the Guadalajara region that is “drowned” in a spicy tomato sauce.

Another favorite is cemita poblana, a sandwich made with a bread called cemita and filled with meat, avocado, Oaxacan cheese, and salsa.

For a true culinary adventure, head to Coyoacan or La Merced markets where you can sample everything from grilled corn and fruit concoctions to exotic insects (yes, really!).

No matter where you go in Mexico City, one thing is guaranteed – delicious food brimming with vibrant flavors.

The people in Mexico City are friendly and welcoming.

Mexicans are known for their hospitality, and Mexico City is no exception. The locals are quick to help visitors with directions or recommendations on what to see and do in the city.

Mexico City has a diverse population with a vibrant culture, and the people here are warm and welcoming. Despite the fact that Spanish is the primary language, you can often find locals who are proficient in English as well.

Don’t be afraid to try out your Spanish skills though – most Mexicans appreciate any effort to communicate in their native language.

Overall, the people of Mexico City are friendly and open to meeting new visitors from all over the world. Whether you’re strolling through lively markets or enjoying some traditional street food, you’ll feel welcomed and at home in this bustling metropolis.

You’ll make friends in no time!

How Expensive is Mexico City?

Compared to other major cities around the world, Mexico City is relatively affordable to live in.

We’ve broken it down in the most relevant costs you might face while living in the CDMX:

Housing costs in Mexico City are very reasonable, especially when compared to major cities in the United States.

For example, a one-bedroom apartment in a good area of town will typically cost between $400 and $600 per month.

If you are looking shorter term, you can also find nice apartments for $30 – $50 on sites like Airbnb.

Of course, if you want a luxury apartment or house, you will pay more, but it is still possible to find affordable housing in Mexico City.

Utilities costs are also quite reasonable in Mexico City.

Most people can expect to pay around $100 per month for basic utilities like electricity, water, and gas.

Of course, if you use more utilities than average, your bill will be higher, but even then it is still possible to find affordable housing with utilities included for around $700 per month.

Food costs vary depending on the type of food you eat and where you buy it from. For example, if you eat out often, your food costs will be higher than someone who cooks at home most of the time.

However, even if you eat out a lot, it is still possible to find reasonably priced meals (around $5 – $10 per meal).

If you really want to live on a budget, you could even live off tacos for as little as $0.10 each!

There really is a sliding scale in Mexico City, and if you want a more upscale dining experience, you will pay A LOT more, but there are affordable options available everywhere.

The weather in Mexico City varies greatly depending on the time of year.

The summers are hot and humid, with temperatures averaging around 80 degrees Fahrenheit.

In the winter it can get quite cold, with temperatures often dipping below freezing at night.

Spring and fall are the most pleasant times of year to be in the city, with mild temperatures and little rainfall.

What’s the Population of Mexico City?

Mexico City is the most populous city in Mexico and the Western Hemisphere, with a population of over 21 million.

What’s the Timezone in Mexico City?

The time zone in Mexico City is Central Standard Time.

What’s The Airport For Mexico City?

Is CDMX Different to Mexico City?

CDMX is the acronym for Mexico City, which stands for Ciudad de Mexico (Mexico City.)

What is The Elevation of Mexico City?

What Continent Is Mexico City?

Mexico City is located on the continent of North America.

So Why Move to Mexico City?

For all the reasons above and more, if you’re considering moving to Mexico, be sure to add Mexico City to your list!

This vibrant and exciting capital city has something for everyone, and you’ll never find yourself bored or without something new to discover.

Thanks for reading and I hope this helps you in your decision-making process!