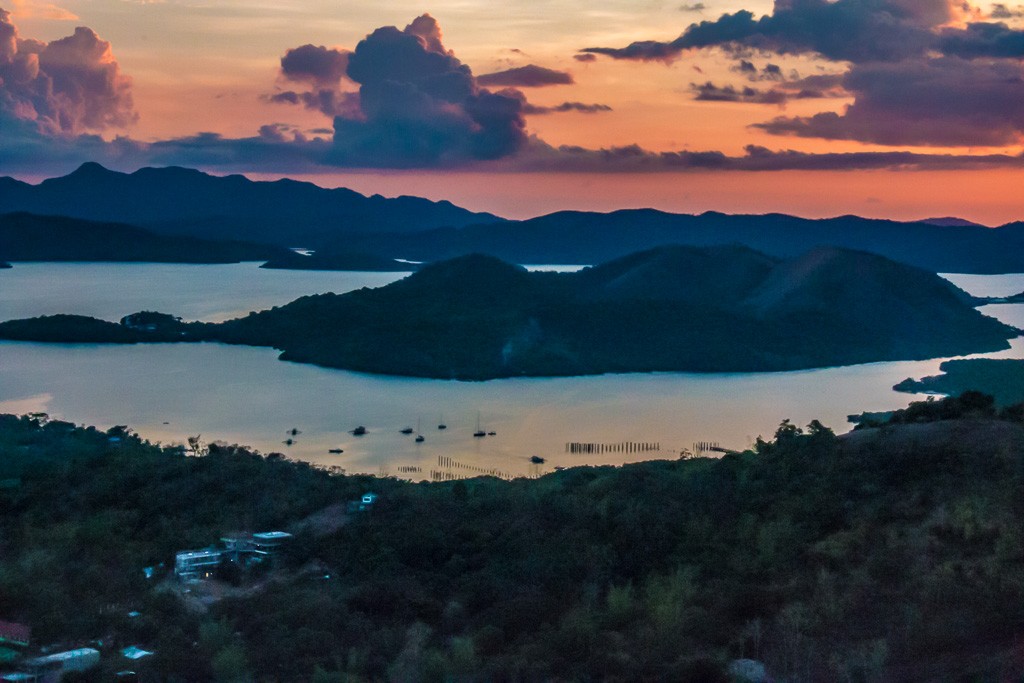 Epic Sunset At The Top Of Mount Tapyas In Coron!

If you were following all the action at the Travel Continuously Summit in Coron then you’d be forgiven for thinking that we spent the whole time when we weren’t holding blogging workshops island hopping and lounging in roof top hot tubs with a beer in one hand and a laptop in the other.

Actually, we did get hot, sweaty and out of breath in the pursuit of quality travel content on at least one occasion – when we climbed the 721 steep steps that lead to the top of Mount Tapyas for an epic sunset photography session. 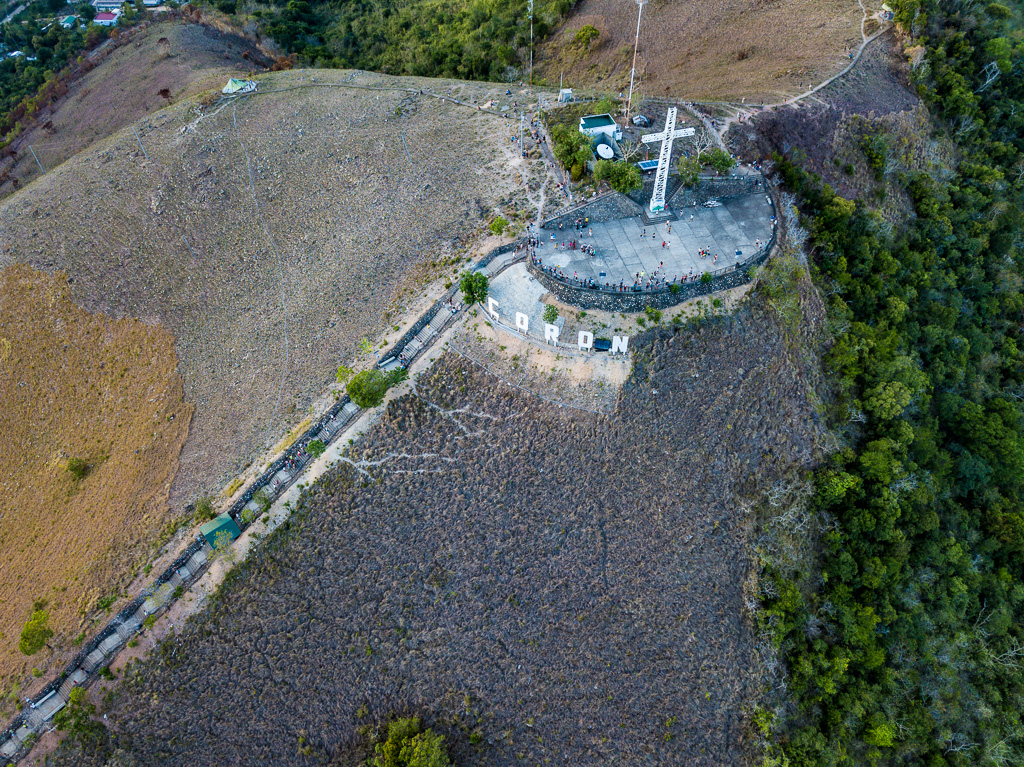 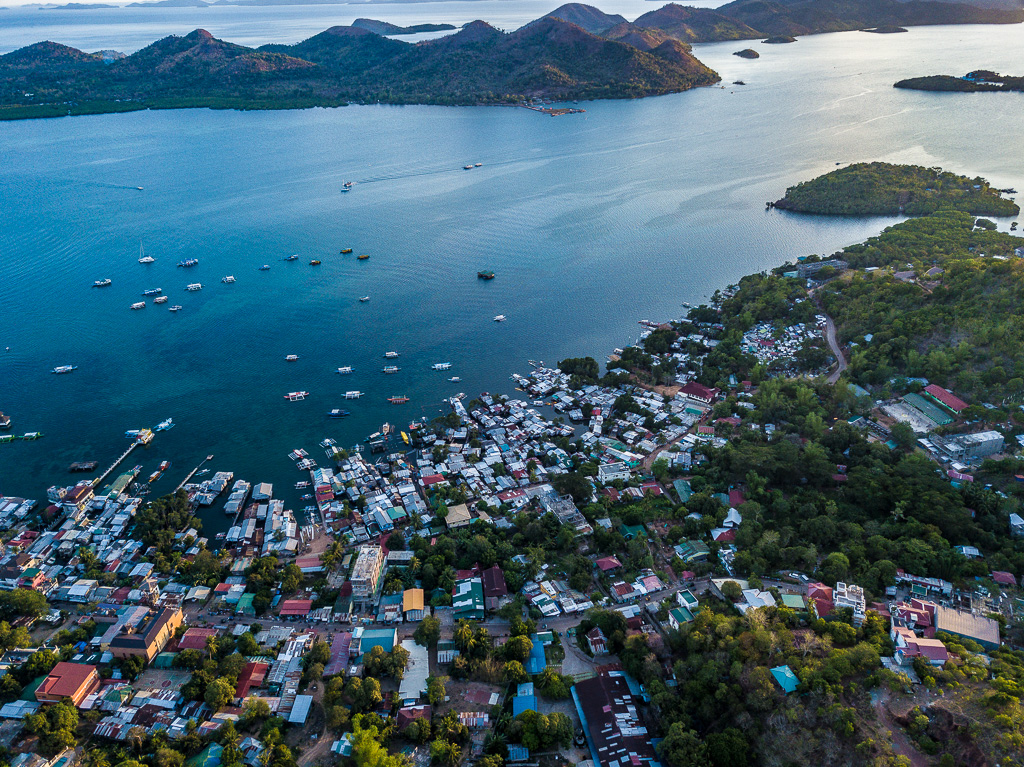 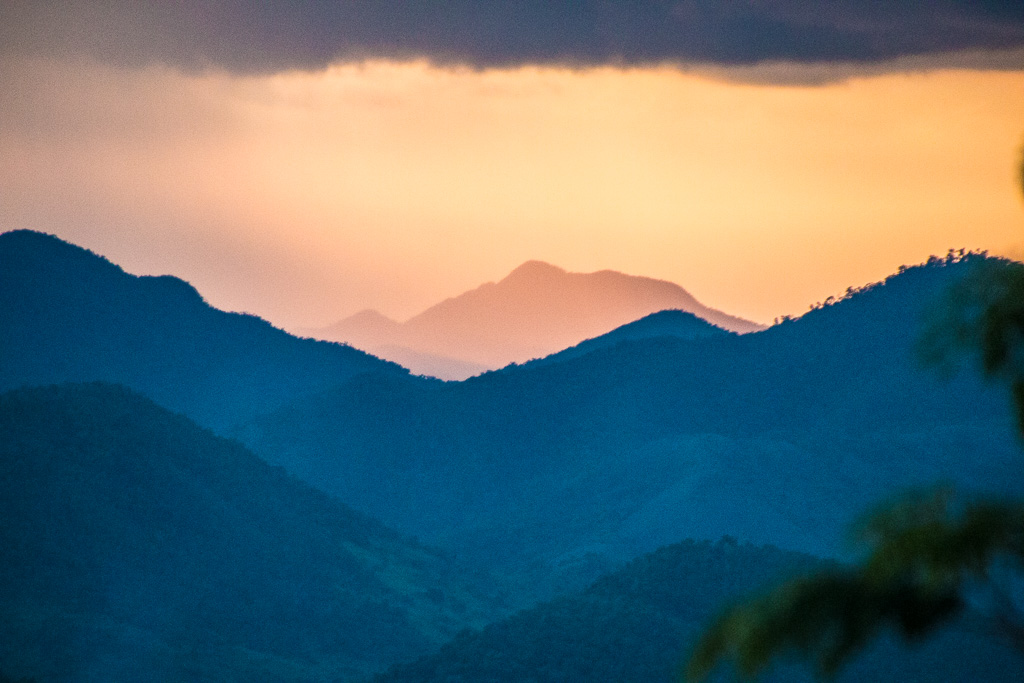 721 Steps To The Top Of Mount Tapyas

Mount Tapyas is the second tallest ‘mountain’ by Coron Town, although in fact it is only 210 metres above sea level. In the brutal humidity and harsh heat of the Philippines though, any elevation becomes a struggle to deal with and 210 metres can seem like 2100 metres.

This ‘mountain’ looms over Coron Town and from the streets below and the islands far out to sea Mount Tapyas is always visible.

The locals even went so far as to haul a huge ‘Coron’ sign – their equivalent of the Hollywood sign… – to the top so you can’t ever forget which town you are in!

In Filipino style, there’s also an enormous cross at the summit.

We set off through Coron Town in the late afternoon, walking towards the start of the 721 steps that lead to the top of Mount Tapyas, cameras ready for the sunset. 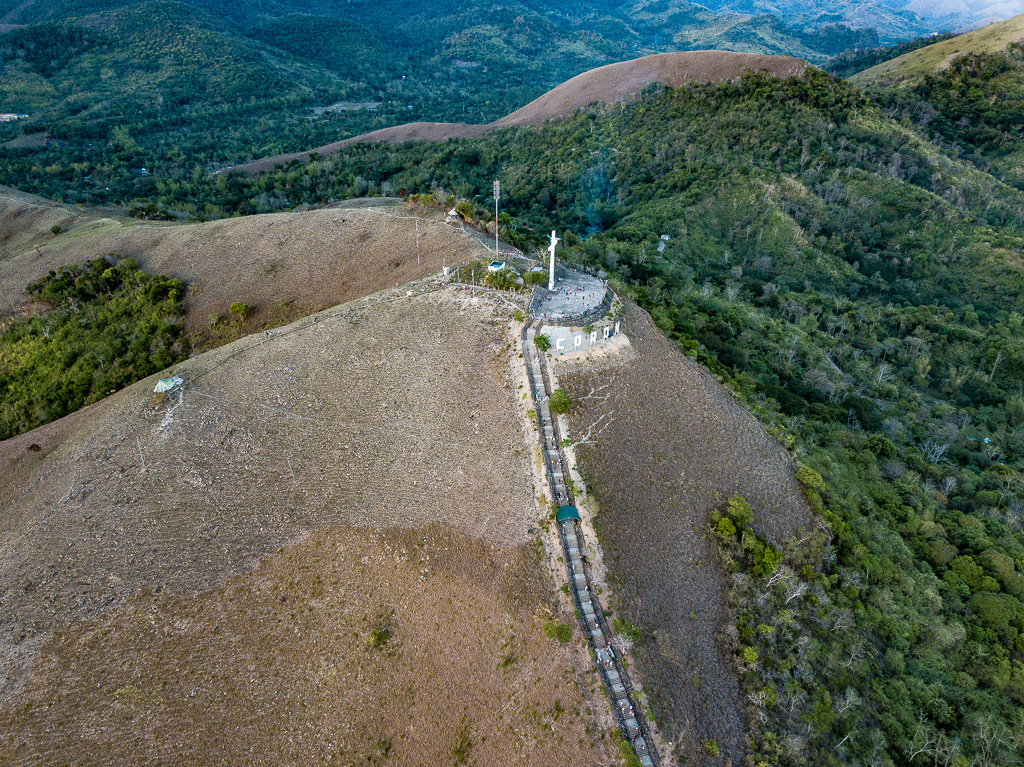 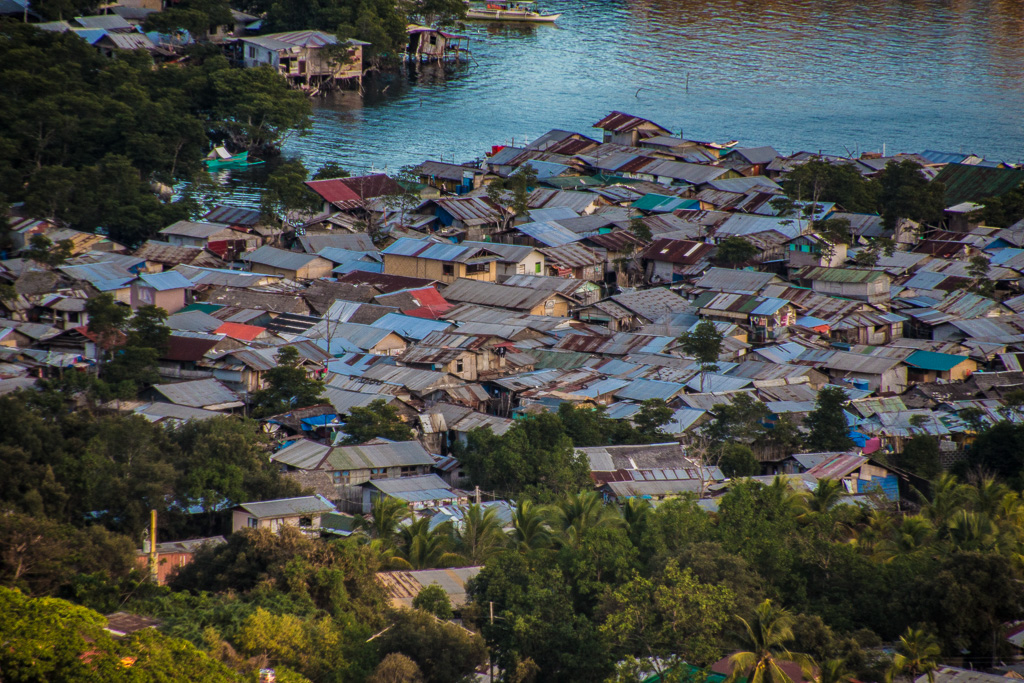 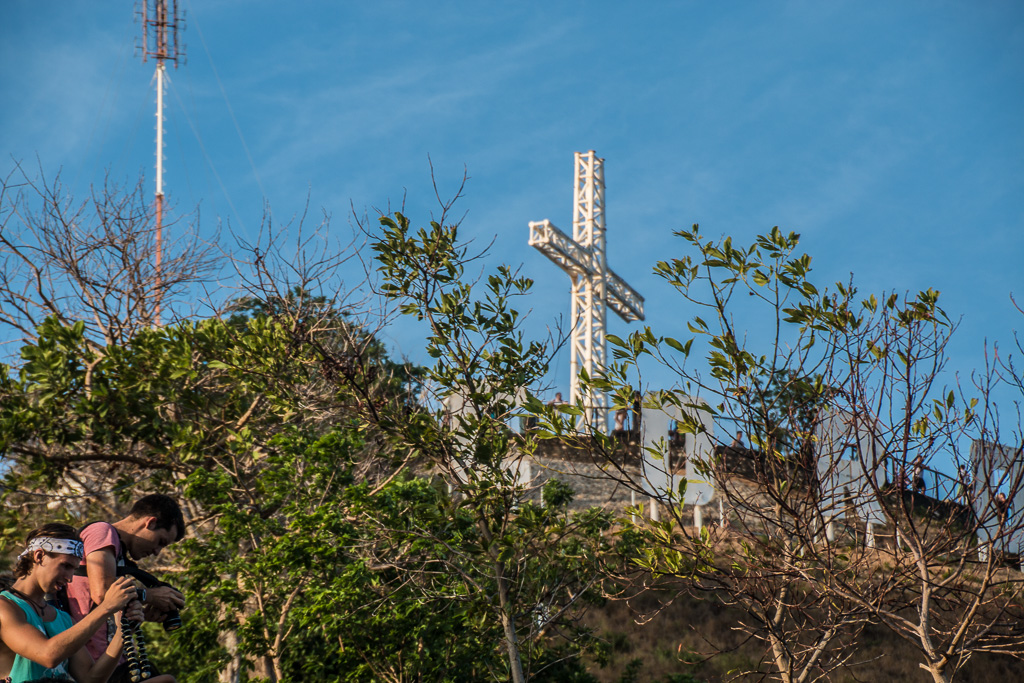 Fuel Up On Balut

At the base were a mass of waiting tricycles and refreshment vendors. A few locals were even fuelling up on Balut – that infamous Filipino delicacy – before their trek to the top of Mount Tapyas.

We left the Balut behind, and began the upwards struggle to the summit.

While 210 metres isn’t exactly Everest, in the Coron heat it was still intense. The going was slow though, not because it was difficult, but because every stop on the way up was worthy of a photograph.

The views out over Coron Town and the islands in the distance were spectacular. 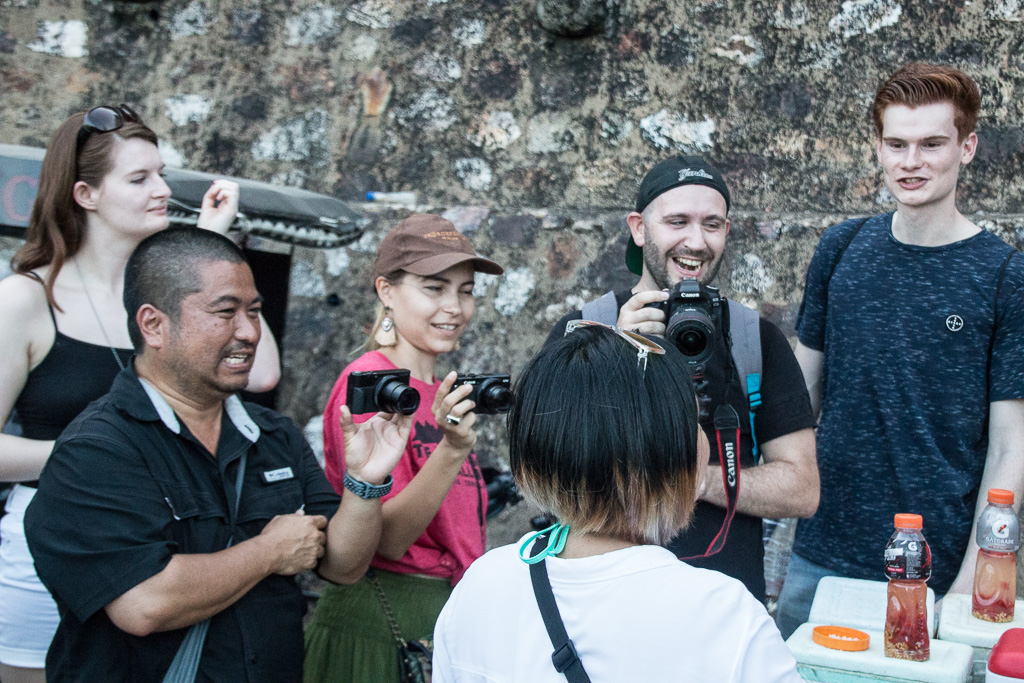 The Top Of Mount Tapyas

The top of Mount Tapyas was busy – everyone in town was here for the sunset too it seemed – and drones were being launched everywhere and crowding the airspace above.

Of course, being travel bloggers, we were soon flying up too for some aerial footage and pictures while we waited for the sun to really start to set.

Our resident Instagram legend Mr Jord Hammond was busy running around giving the group photography tips and showing us the best angles to catch the sunset when it arrived, and soon enough the colours in the Coron sky began to turn vivid shades of orange, purple and red.

It was an epic sunset from the top of Mount Tapyas and here are the best pictures from the summit! 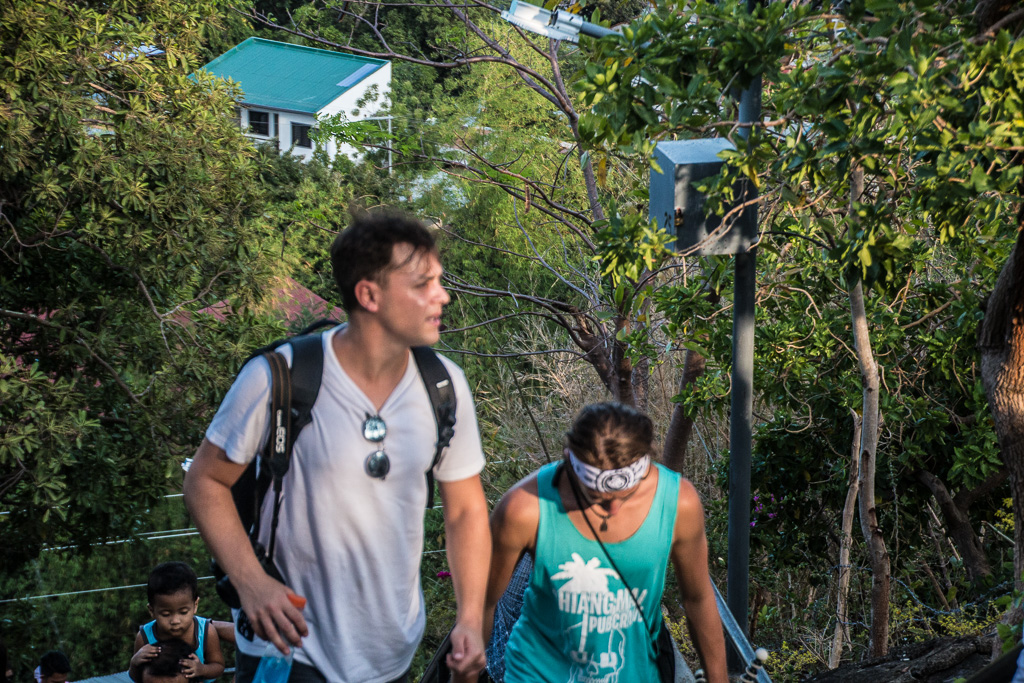 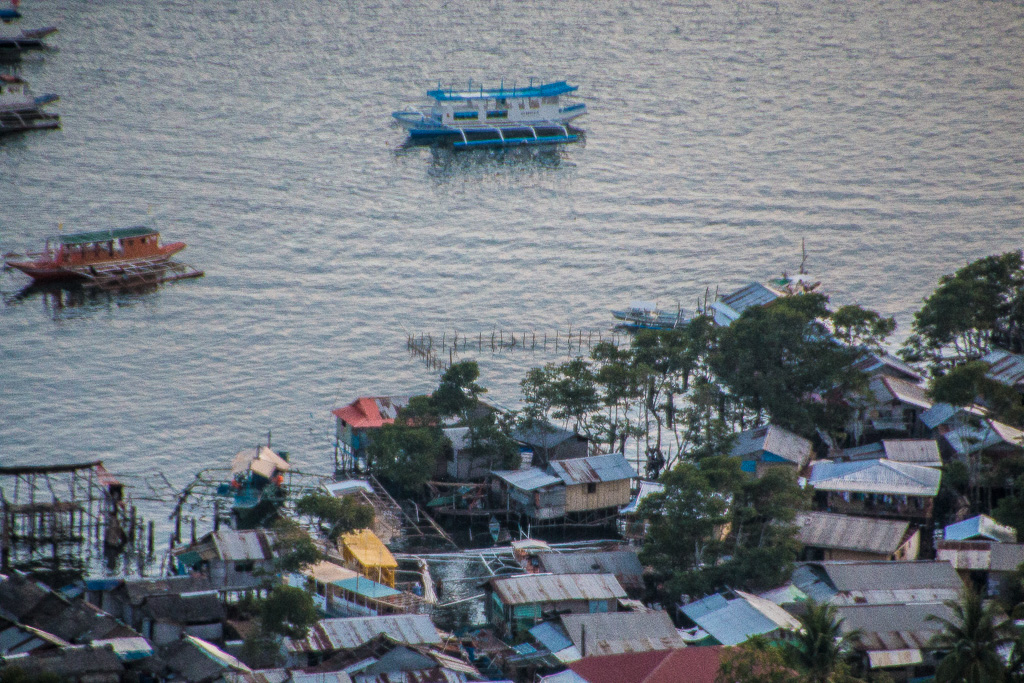 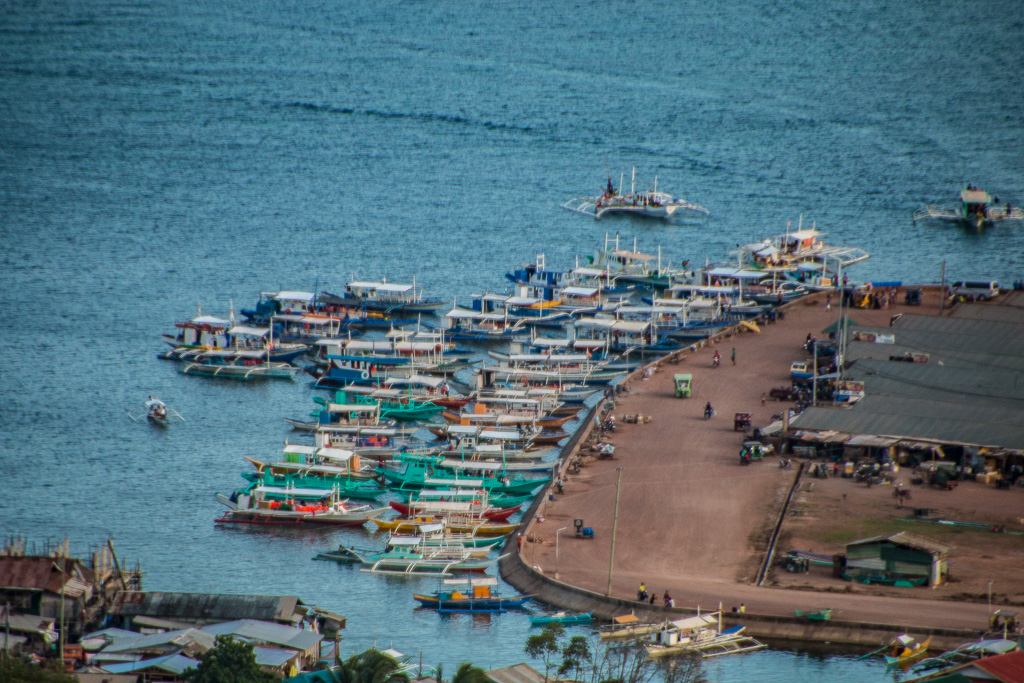 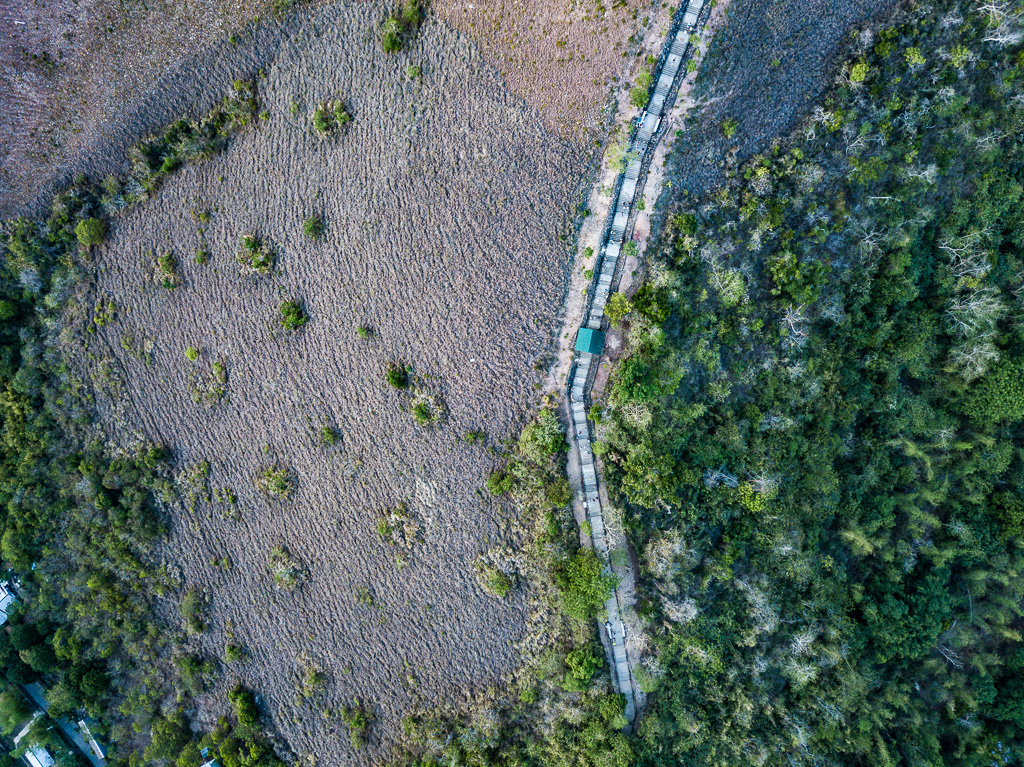 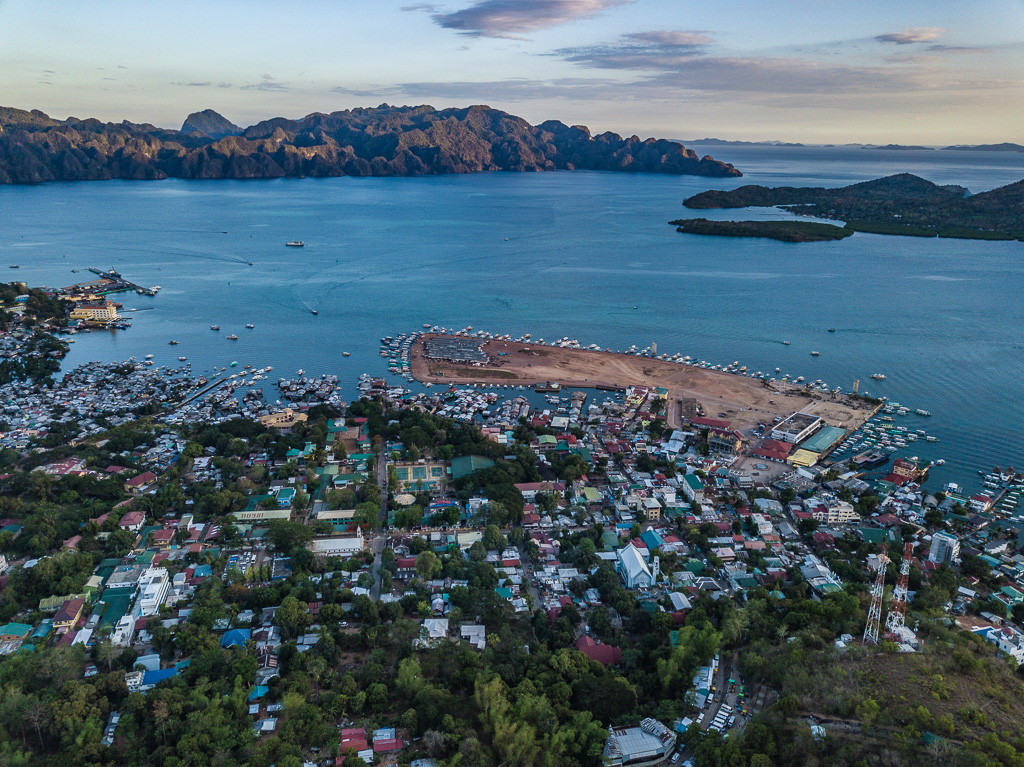 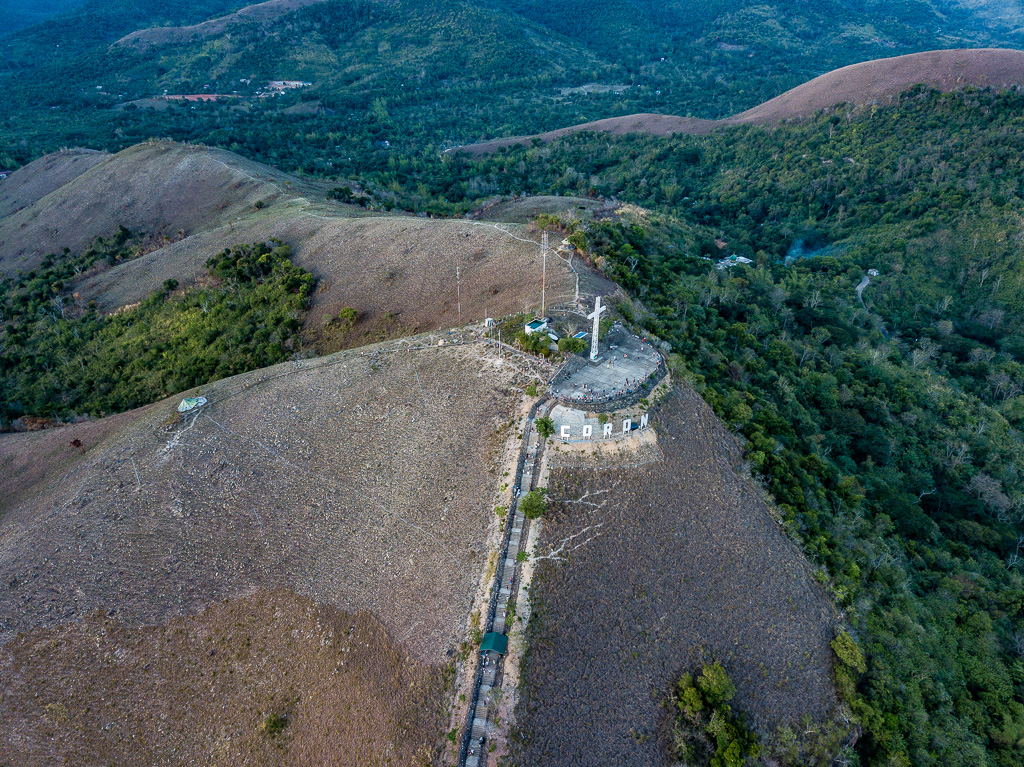 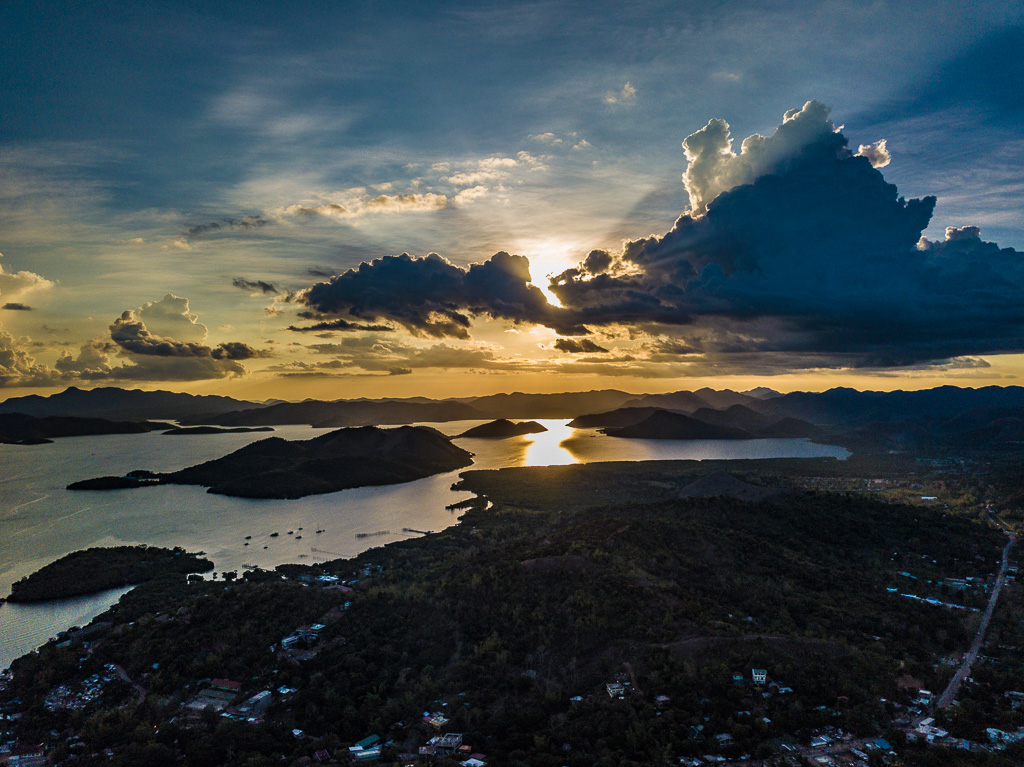 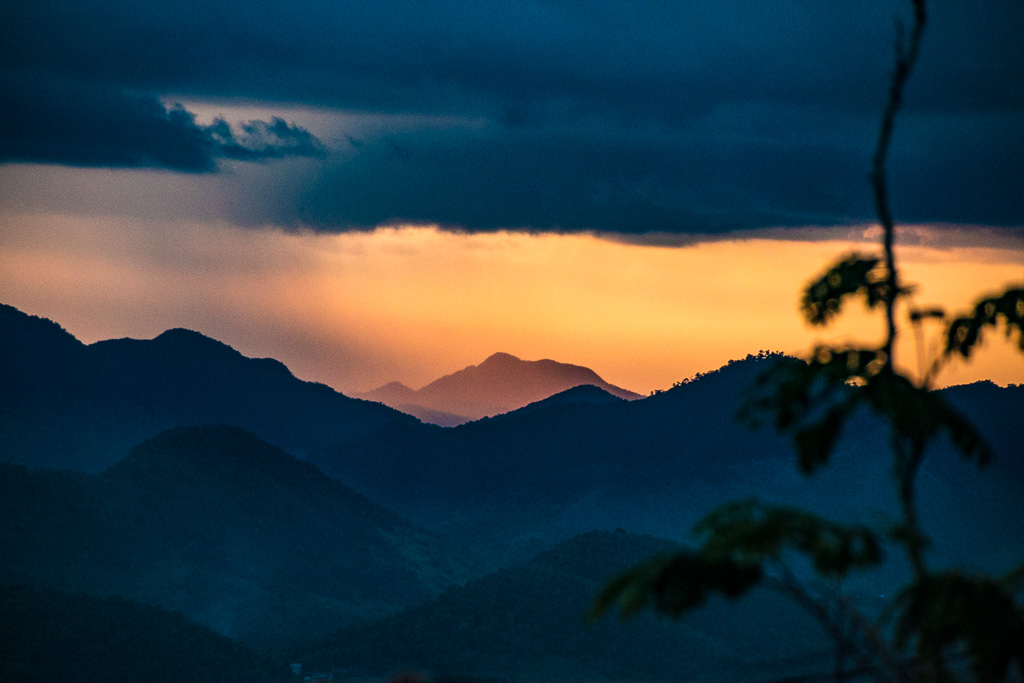 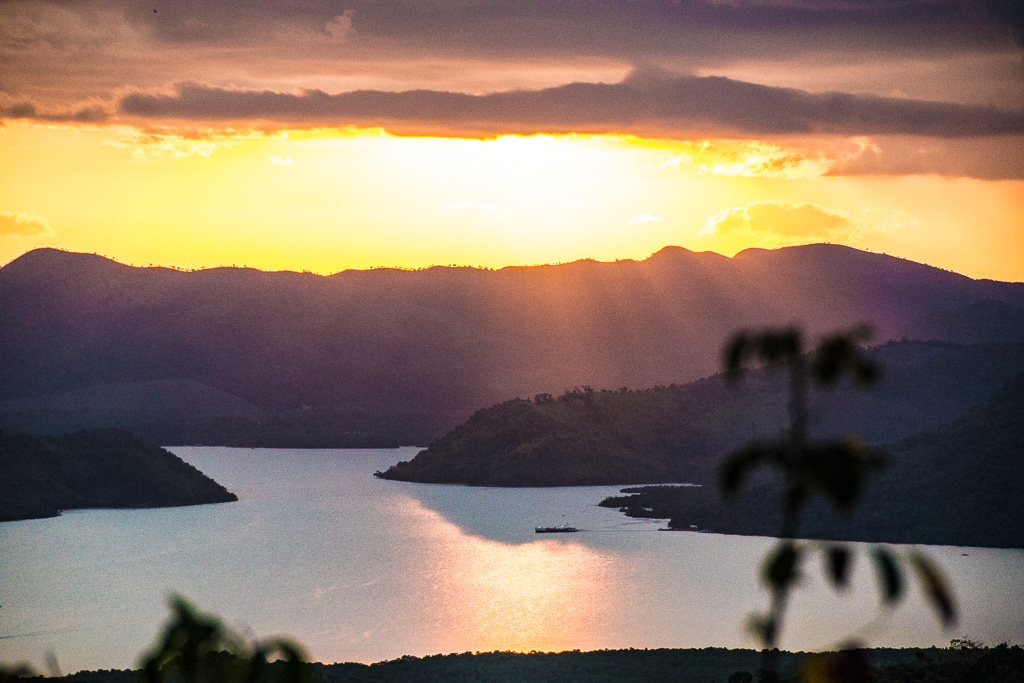 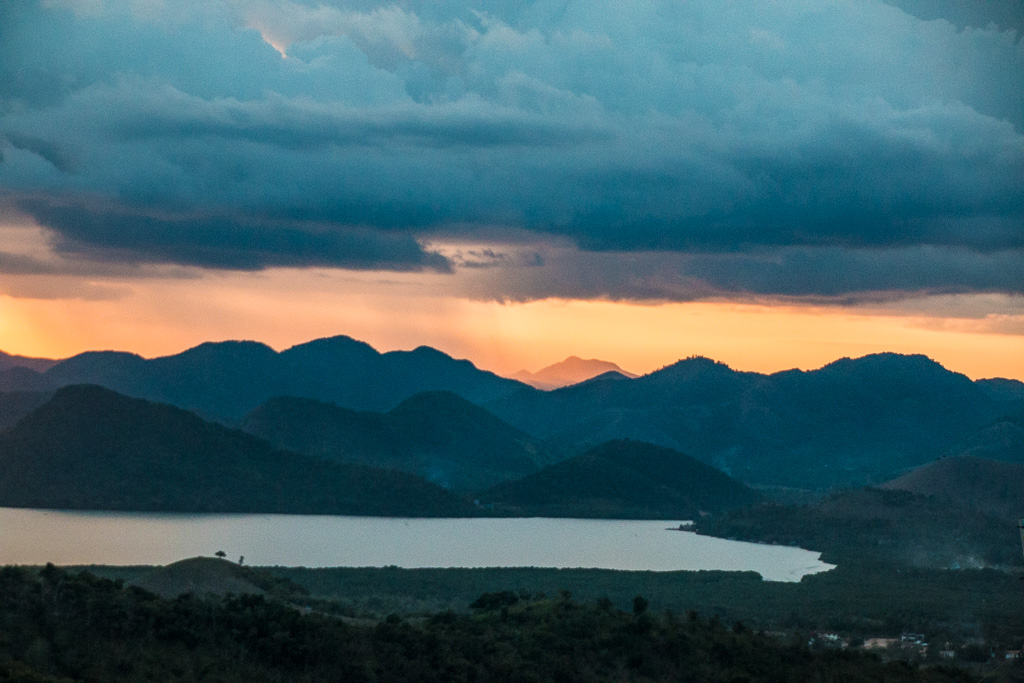 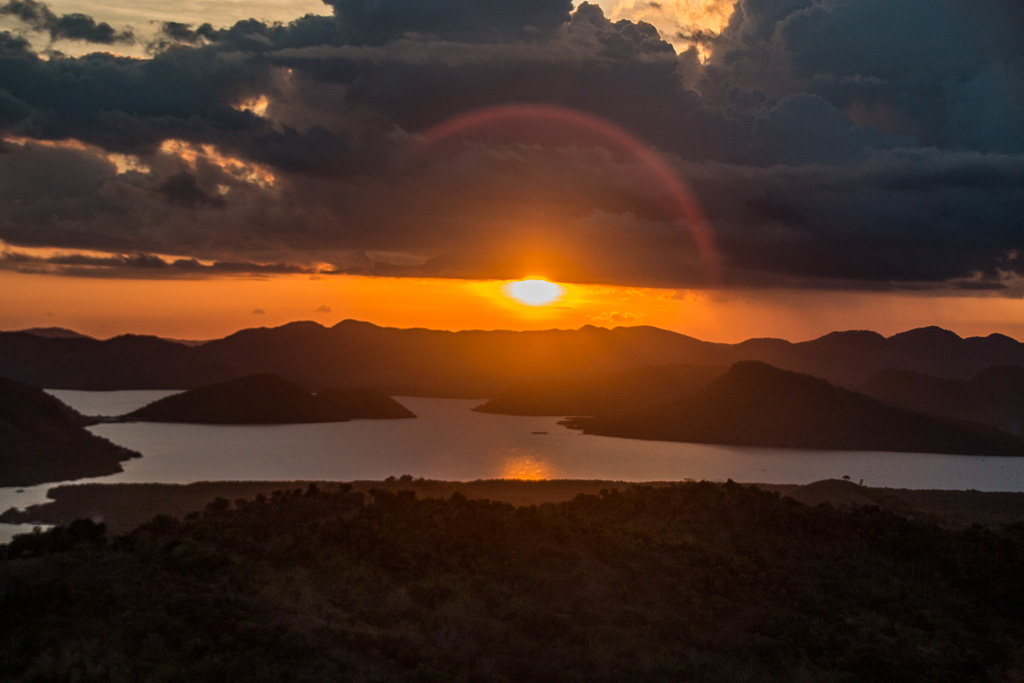