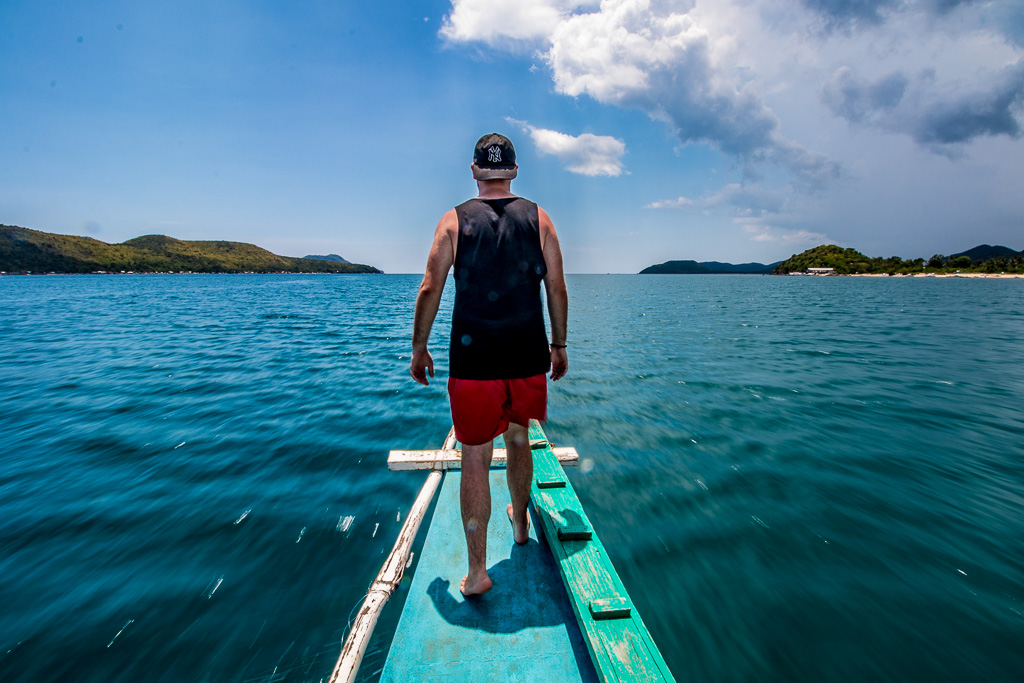 You’d think that two full days of island hopping during the week long Travel Continuously Summit in Coron would have been enough to exhaust the crew and give us more epic content than we could ever make use of, but no.

We went for a third island hopping, even when it was supposed to be a chill day.

The group gathered bleary eyed at the crack of dawn to make the long journey from Coron Town to visit both Pass Island Coron and Black Island Coron, two epic islands in the north of Coron that are beautiful and that see far less tourists than the rest of the region.

There’s a bit of a local rivalry between these two island destinations though, with locals and tourists alike claiming that one island is better than the other. We decided to visit both Pass Island and Black Island to see how spectacular they both really are!

Pass Island or Black Island? Check out the awesome, epic pictures from both below and then decide which one you think is the most beautiful!

We started the day at Pass Island, a two hour journey away from Coron. When our boat finally arrived we set out across the picture perfect water and soon found ourselves drinking cold beers on the white, white sands of Pass Island!

Because of the early start, we found ourselves being the ONLY tourists on the beach. We had paradise to ourselves.

Pass Island has A LOT going for it. It’s pretty much the definition of tropical. A white sand beach surrounds a green, palm lined island. And did I mention the cold beer?

What do you think? Tropical enough?

After reluctantly leaving Pass Island we made our way across the island chain towards the north, and after an hour long boat ride we were setting foot on the sandy beach of Black Island.

Black Island is more rugged and imposing, with massive limestone cliffs towering above the long beach. It’s more castaway island than paradise island, and Black Island is for the adventurous rather than the relaxers, with hidden caves to explore and a skeleton shipwreck waiting to be snorkelled just off the beach.

What do you think of Black Island? epic or not epic? Definitely Epic….

Our group was split! Pass Island and Black Island are both equally epic!

Just take a trip to both.

If you haven’t made up your mind yet then you can watch The Life of Jord’s take on which island he preferred in his YouTube video below: