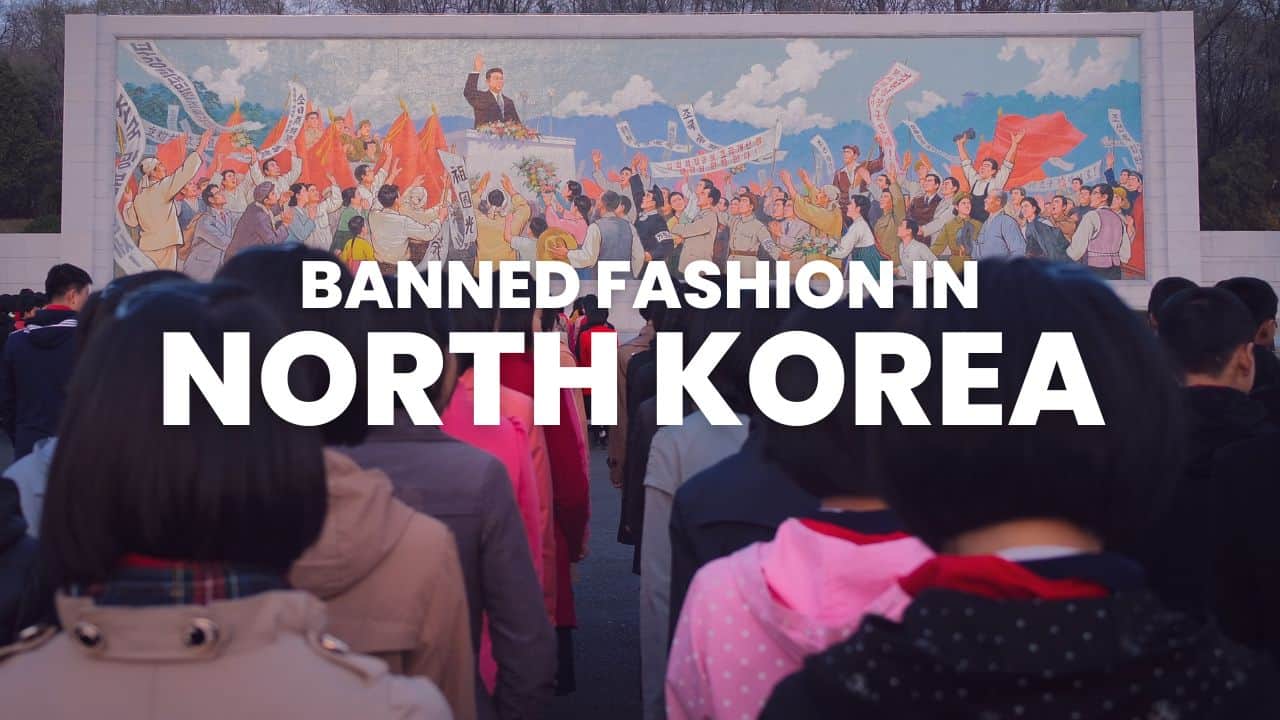 No one is allowed to wear blue jeans and they are completely banned within the country.

It’s no secret that North Korea is a country with many restrictions. From the way its citizens are allowed to wear their hair to the books they’re allowed to read, almost everything is regulated by the government.

So it should come as no surprise that there are also strict rules about what citizens are allowed to wear.

In fact, blue jeans are actually banned in North Korea!

Kim Jong Un sees blue jeans as a symbol of US influence and therefore made them illegal for North Korean’s to wear.

In North Korea, the government dictates what residents are able to wear. And while this might seem restrictive, it’s actually not that different from any other country where people dress according to social norms.

The difference is that in North Korea, these norms are dictated by the government rather than by societal pressure.

One of the most well-known examples of this is the ban on blue jeans. In North Korea, blue jeans are seen as a symbol of American imperialism and are thus forbidden.

The same is true for other Western clothing items such as T-shirts, skirts, and suits. Instead, citizens are required to wear traditional Korean clothing such as hanboks.

What Other Fashion is Banned in North Korea?

Fashion trends that are also banned include:

While it might seem strange to us, clothing bans like the one on blue jeans in North Korea are actually not all that uncommon.

In fact, there are plenty of countries around the world with similar restrictions in place.

So next time you’re cleaning out your closet, don’t forget that what might be considered normal fashion in your country could get you into trouble in another part of the world!

You can find more fun facts about North Korea on The Life of Jord’s YouTube & TikTok accounts.